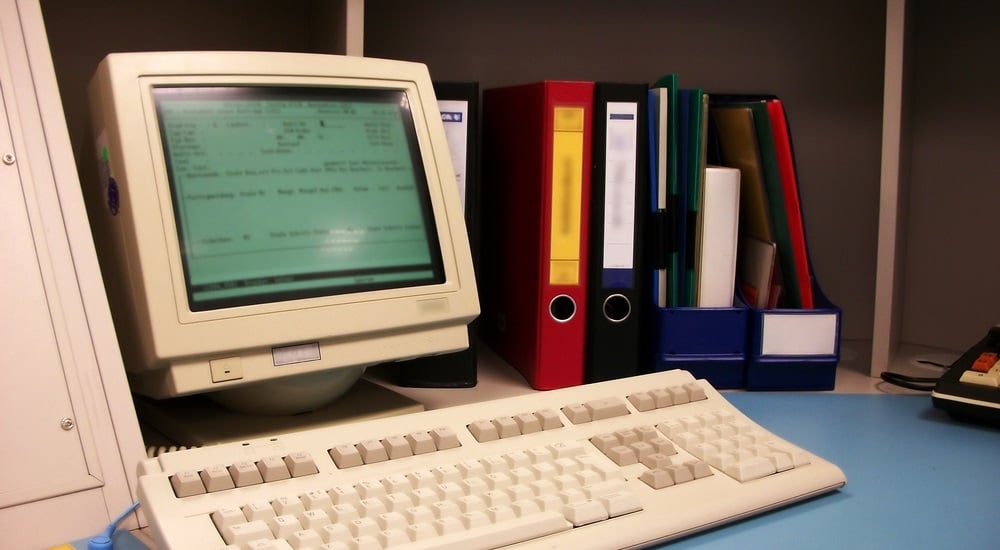 Despite the flood of new technology, the lingering demise of desktop computers, and the push for making everything mobile, old computer recycling goes on.

While it may seem that all the "old school" computer and computer monitors are already gone, it is far from the truth. So, what do you do with them?

Desktop computers - and those massive computer monitors - have been with us since the early 1970s but they didn't become popular and more affordable until the early 1980s. That's when we saw the Apple II, the IBM PC, and the Compaq DeskPro, among others.

While any surviving personal computers and monitors from that era are likely in tech museums, there are still a few out there. But their usability is miniscule and relatively useless today.  In fact, there are generations of desktops, laptops, and tablets that are severely limited today because their compatibility is no longer sufficient.

No one knows how many computers and computer monitors from the 80s, 90s, and 2000s are still out there, but some estimates place them in the millions. Certainly there are still hundreds of thousands of them. And they make up a significant segment of electronic waste, or e-waste.

A survey at Statista showed that the desktop computer market has been declining since the mid-2000s and will continue to decline as the market is moving towards portable devices like mobile PC and laptops.

In addition, operating systems continually reach their end-of-life and are no longer supported.

"Windows 7 is the latest operating system to reach “end-of-life,” or EOL, and become officially obsolete. This means no more updates, no more features, and no more security patches. Nothing. And it’s that last point that’s most important to you as a user, because running “dead” software can put your devices and data at risk."

So, the obvious answer is to upgrade to new equipment - desktop or otherwise - and get rid of all the old gear. There's no point in keeping clunky, old computer and computer monitors around, right?

But what do you do with them?

You can't just throw them in the trash. That's illegal in many places and it is hazardous to the environment. Which means that computer recycling and, more specifically, computer monitor recycling is essential.

According to the EPA,

"Electronic products are made from valuable resources and materials, including metals, plastics, and glass, all of which require energy to mine and manufacture. Donating or recycling consumer electronics conserves our natural resources and avoids air and water pollution, as well as greenhouse gas emissions that are caused by manufacturing virgin materials."

In addition, before the advent of flat screen LCD computer monitors, all monitors were CRT, or cathode ray tube, devices.

One recycling website noted that when it comes to disposing of CRT monitors,

"Its improper disposal can cause breakage of glass envelope which comprises of lead. When this chemical is unleashed, this can be a potential hazard for the environment. Another harmful chemical used in making CRT monitors is barium. Now this one is water soluble and if it mixes with ground water, it can pollute our clean water reserves. Barium is known to create cardiac irregularities, damage the nervous system, and increase anxiety."

While the CRT recycling process is still labor-intensive and tedious, not to mention potentially dangerous, the only safe method for disposal is computer monitor recycling. In addition, the process for computer recycling - the CPU tower and internal hardware - can often retrieve valuable metals and other reusable materials.

According to one recycling website, the keyboard, plastic or aluminum casing, cables, CD-ROM drive, power cord, circuit board, batteries and even printer cartridges are all recyclable computer materials.  In fact, there is only approximately two percent of a computer that cannot be recycled.

So, the next big question is: Do you have to manage computer recycling and computer monitor recycling yourself?

Junk King is ready to provide you with efficient, safe, and eco-friendly computer and other e-waste disposal services.

It simply takes just one call to Junk King and you no longer need to worry about loading up, transporting, or disposing of those old e-waste items.

Not only that, but we guarantee that your old computers and other electronics end up in the right place: whether that's nonprofit for those electronics that are still functioning, or at a recycling facility to ensure your e-waste is disposed of in an eco-friendly way.

We remove almost all types of e-waste, including:

Our professional and insured e-waste removal team will show up on time at your home or office, and we'll call 15 to 30 minutes before we arrive. Once we're on-site we’ll give you a free quote based on how much room your junk takes up in our truck. You just point and we'll haul those items into our junk removal trucks - and with no hidden fees!

So, ready to have those old computers and monitors recycled? It’s as simple as 1, 2, 3.